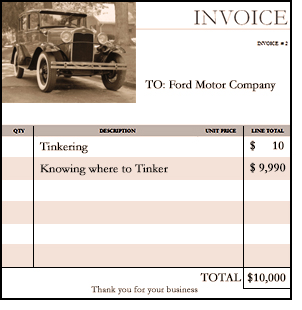 Twittering around…
There is a structured path to becoming an electrical engineer. And based on the outcome of the story, Henry’s friend was either very lucky or clearly knew what he was doing. The road to becoming a social media marketing expert isn’t as clear. It’s possible to work in social media without a degree or PR certification. In fact, in today’s environment, social media specialists are often the subject line of business jokes. When you have a breakdown in your strategic marketing plan related to social media who do you call? Do you have an advisor you trust to come in, diagnose and repair the problem? If you don’t, here are a few questions you might consider before dialing the phone.

1. Are my customers, prospects or other constituents on social media? That may sound like a ridiculous question to ask at this point, but is the juice going to be worth the squeeze? Are you sure you need social media platforms for your business model? Use this time to reflect on why you thought you needed social media in the first place. What were your original business goals? Have those goals changed?

2. OK, you’ve determined that you still need social media. Can you describe the elements of your social media program that don’t seem to be working? Again, that may come across as a silly question, but are your challenges related to strategy, technology or processes? Yes, you could just call your agency of record and tell them to fix it. However, the nature of your problem may have an influence on the qualities and background you’d like to see in the social media “expert” they deliver.

3. Does the expert have a reputation in the social media space? Are they practicing what they preach, and if so, are they any good? Check them out on LinkedIn, Twitter and Klout. Do they blog? What type of results do you get back when you Google their name? Do they recognize how your marketing content is leveraged in support of your sales process? In other words, do they truly understand how you need your social media efforts to integrate and work within your strategic marketing plan?

Creating an engaging brand in social media is easier said than done. Do you have employees with the capacity, the desire and the know-how currently managing your social media efforts? If not, don’t bother calling the expert until you fix that problem.