If the customer is not “engaged,” has marketing failed? 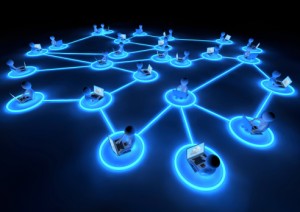 Research shows that we tend to remember:

In other words, you are more likely to learn and retain when you are fully engaged in the material. When I’m facilitating classes, I keep those statistics in mind because it suggests the students who are active discussion leaders and are fully participating in the group assignments are engaged with the concepts I’m trying to get across. In short, they usually perform very well and are a blast to have around.

As a marketer, I also like to reflect on what those percentages might suggest as it relates to customer engagement and retention. Net promoters, advocates, evangelists; whatever you call them, when they are engaged with your brand, it’s a blast. But then again, does life always need to be a blast for marketing folks? Many social media experts would insist that having a blast is the whole point of being social and anything less than two-way engagement is old school thinking. I’ll have to admit that I’ve shifted my thinking over time on that topic just based on my own social interactions and metrics.

Let me explain. I currently have more than 70K followers on Twitter and nearly 50K profiles that I follow. I’ve also tweeted nearly 20K times. Those are low numbers when compared to many avid twitter users; although high enough to rank in the top one percent of users according to some applications. But what does that all mean? For me, it means that it is highly impractical to be highly engaged with the vast majority of my connections and still keep my day job. I follow several brands, and I often read their posts; but I just don’t “engage” them that often.

So, does that technically mean I’m not engaged with those brands? I don’t think so, because listening can be just fine. After all, I’ve had several students who I would not describe as the “life of the classroom.” And yet their assignments and test scores clearly showed they were engaged with the material.