Depending on the size and age of your company and the market it competes in, it can be difficult to build and establish a strong, meaningful corporate brand. It’s hard to create perception, and almost twice as hard to change it, but one group is attempting to do just that, and they’re doing it on a very macro level.

Denyse Ferguson and Nicole Ball are Director and Marketing Director, respectively, of BrandHUB, a branding initiative geared toward changing the image not of a company, but of a whole city – Cincinnati, Ohio, to be specific. The effort is driven by the Cincinnati USA Regional Chamber, which champions economic development in the area, and aims to promote the city as a bastion of branding expertise.
“The term ‘BrandHUB’ is qu 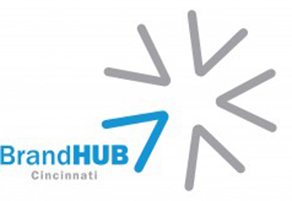 ite literal for us,” Ferguson says. “Cincinnati is home to 60,000 brand development professionals, and 40 percent of the top 100 most valuable global brands are tapping into that talent. Until now, the city has never been able to successfully pull these resources together to benefit local business and spur economic development of the region.

“We pulled an aggregated list of brands working with firms in Cincinnati and it was pretty impressive. Our goal is to roll that up and speak to our depth as far as global brands and talent in the region. We thought the focus was going to be more consumer products, but have found much broader appeal, especially in the IT services and insurance industries.”

BrandHUB’s mission is to spread this message globally to change perceptions of Cincinnati and attract new business and young professionals. Once they have business’ attention, BrandHUB can really show them what the city is all about, according to Ball. It’s a task that’s been difficult in the past, but downtown revitalization initiatives from the city have given the rebranding effort more legs to stand on than talent alone when pitching new businesses.

“We’ve really had some stigmas to break through,” Ball explains. “We knew what was here, but the city itself had no reputation outside of the companies already utilizing its expertise. We’re fighting that ‘fly-over’ city message, and the positive changes we’ve seen in the last 10 years have really helped paint the city in a new light.

“It’s difficult because people in the Midwest are typically very humble, but it’s time for Cincinnatians to lean in and tell the world who we are,” she added.

In order to get the word out, BrandHUB is using earned media to drive awareness and positioning. They are also planning to incorporate social media as part of a bigger push strategy. They would ideally like to host more events, such as conferences and seminars, to bring awareness to the cause as well. The big key, Ball says, is to get professionals in the city on board to be brand ambassadors.

Ferguson is confident once companies do come to Cincinnati, BrandHUB and other initiatives will ensure they stay and thrive.

“We’re putting together ‘office hours’ sessions where new businesses can come in and meet with high-level experts from local companies like Macy’s, P&G, LPK and Landor as a way to network and tap into their knowledge,” she says. “We’re also working with The Brandery (a consumer-branding business accelerator) as they bring startups into the area and help them find footing in their markets.”

It’s these coordinated efforts, Ferguson insists, that will tip the scales when our largest job creators (mid-sized businesses) are considering making a move to Cincinnati. But it’s not just businesses they’re targeting. While Ball and Ferguson agree the city needs to lead with its family reputation and high quality of life messaging, they also want to play up the “cool” angle of a rejuvenated, energetic and vibrant urban scene for young professionals.

“We have a lot to show people and a lot going on. We need programs with enticing and relevant messaging – young professionals in Boston and New York City don’t know what’s happening here, and we need to engage them with events and networking groups like HYPE,” says Ferguson, referring to the Harnessing Young Professional Energy initiative led by the Cincinnati USA Regional Chamber.

While not quite tracking to hit their goal of 200,000 net new young professionals by 2020, they are starting to see success in pulling in new business.

“We’ve had companies swayed from New York City and L.A. Our directors are also going out to bring companies to Cincinnati from other countries,” Ferguson said. “We’ve focused on Israel, Germany and India of late, and had some good success.”

“Success, in terms of BrandHUB’s impact, has been more anecdotal thus far,” Ball added. “Scripps moved their digital team to Cincinnati and cited BrandHUB and all the talent in the city as one reason. We’ve also had companies we met in Israel, that intended only to consider New York and Chicago as U.S. destinations, come to visit Cincinnati and add us to their list as a result of our BrandHUB offering.”

“We’re still in the education phase as far as getting the message out there, but we plan to be going full bore by summer.”

With the backing of the Cincinnati USA Regional Chamber, economic development projects all over the city and buy-in from area businesses, Ferguson and Ball are confident BrandHUB can bring Cincinnati to the forefront of the global marketing and branding community.

“People outside the area don’t delineate between cities in the Midwest,” Ferguson says. “It’s all cars, cows and farms to them.”

“But we’ve got some of the most exciting brand work in the world happening here, backed by some of the best brand-builders. It’s time to re-do the cover of the book for Cincinnati!”

BrandHUB is bringing together resources in Cincinnati to shine a light on the city’s marketing and branding talent and expertise. Just like any corporate branding effort, their initiative ties in top-down support (from the city and Cincinnati USA Regional Chamber in this case) with ambassadorship from established local businesses and groups, just as a company would rely on its employees, to shed old perceptions and give the city a new global reputation.

If you are interested in learning more about BrandHUB or want to get involved in the effort, visit their LinkedIn page.